Da'Von and Cormac are teaching a digital language class (and the audience are their students) to earn extra $ $ during the 😷. Cormac's ex-boyfriend keeps texting him, and Cormac can't find the words to explain the break up.

Join the class to help Cormac articulate digitally what he can't say out loud.

In the age of Emojis and GIFs, a picture is worth a thousand words. But sometimes you really do need to talk it out.

This participatory production utilizes a laptop and smartphone for optimal experience. Although both are not required, this innovative blend of theatre and technology is enhanced with dual devices. 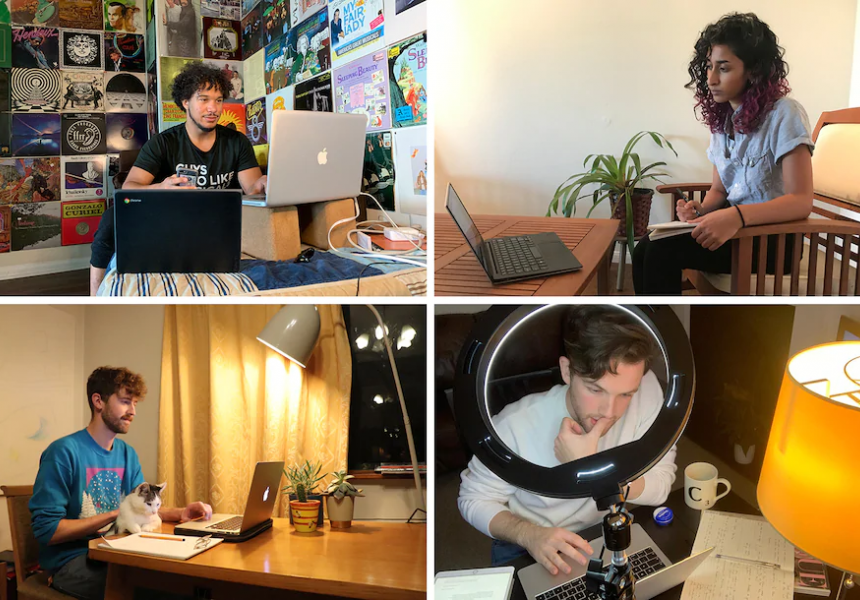 Since May, Washington Post theatre critic Peter Marks has been in our rehearsal room – first for Being Here, and now as we open 👨🏾‍💻😷👨‍💻 .

Read about Peter’s experience playing an unusual role in an unusual process:

“If both the play’s path and the use of the Internet by the audience are somewhat unusual, so was the role I played in watching its development. A critic normally isn’t a fly on the wall for the messy gestation period before the birth of a dramatic work. But from the early days of “Being Here” to the ultimate shaping of “The Emoji Play,” I was a witness and occasional sounding board.”

Getting into the kitchen and back into rehearsals