The Frederick Douglass Project - a conversation with the creative team [Rewatch ▷]

Celebrating Black History Month in Ireland and the 175th anniversary of Frederick Douglass’s tour of the island, Solas Nua, in association with the Embassy of Ireland Washington DC, hosts a look back on our award-winning production of The Frederick Douglass Project.

Director Raymond O. Caldwell will speak to playwrights Deirdre Kinahan and Psalmayene 24 about co-creating the project, with original cast members sharing scenes from the play.

Commissioned by Solas Nua to commemorate the bicentennial of the great abolitionist’s birth in 2018, The Frederick Douglass Project combined live music, hip hop, and dance in an innovative blend of African American and Irish culture. Staged by the Anacostia River, overlooking Douglass' historic home at Cedar Hill, it also made history as DC's first (and, to date, only) theatre production on a floating pier. Critically acclaimed, it was listed as The Washington Post’s “Best Theatre of 2018” and earned a Helen Hayes Award for Outstanding Ensemble, as well as six Helen Hayes nominations.

So please join us for a wide-ranging conversation with some of Washington and Ireland's finest artists on the challenges and joys of creating multicultural artistic productions. 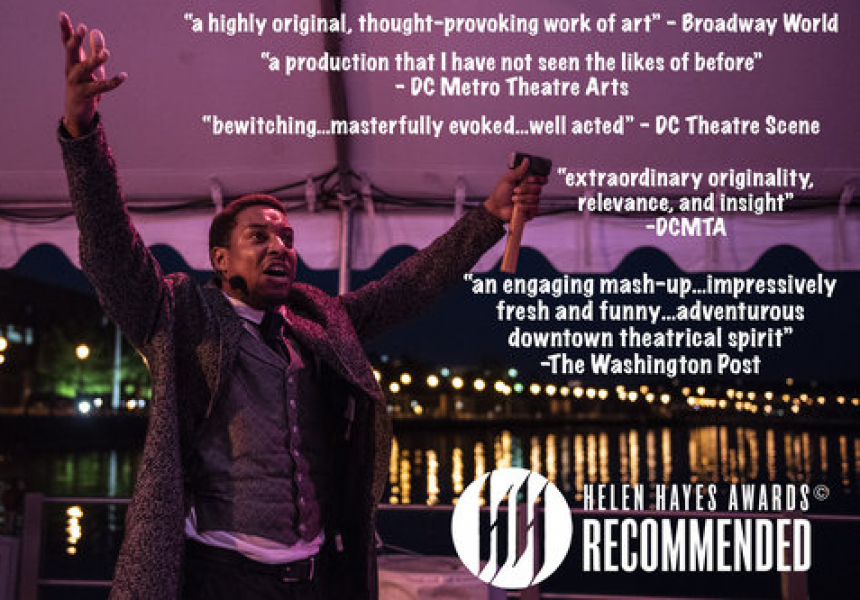