It's a week before the opening of a new Irish play on Broadway and in the rehearsal room, the cast are panicking. The writer’s previous play was a smash hit, a drama set in Northern Ireland during the Troubles. She’s been commissioned off the back of it and the producers expect another instant classic. Except her new play is about sexual harassment and talking seagulls. The cast are worried the script is dated, too weird and nowhere near Irish enough for American audiences. When the writer comes into the rehearsal room to watch a run, an argument erupts and the fate of the script hangs in the balance. Not wanting to blow their shot on Broadway, the cast feel it is now their duty to devise an "Irish Play". Irishtown is a biting satire about theatre, consent and what it means to be Irish.

Join us for an afternoon with a new play read by some of DC's most talented performers, followed by a post-show discussion with Artistic Director of Theatre, Rex Daugherty. Chatting with audiences about the new scripts in the Play Reading Series is one of the most direct ways our community informs what shows we choose for full production. This is your invitation to be in the room where it happens! 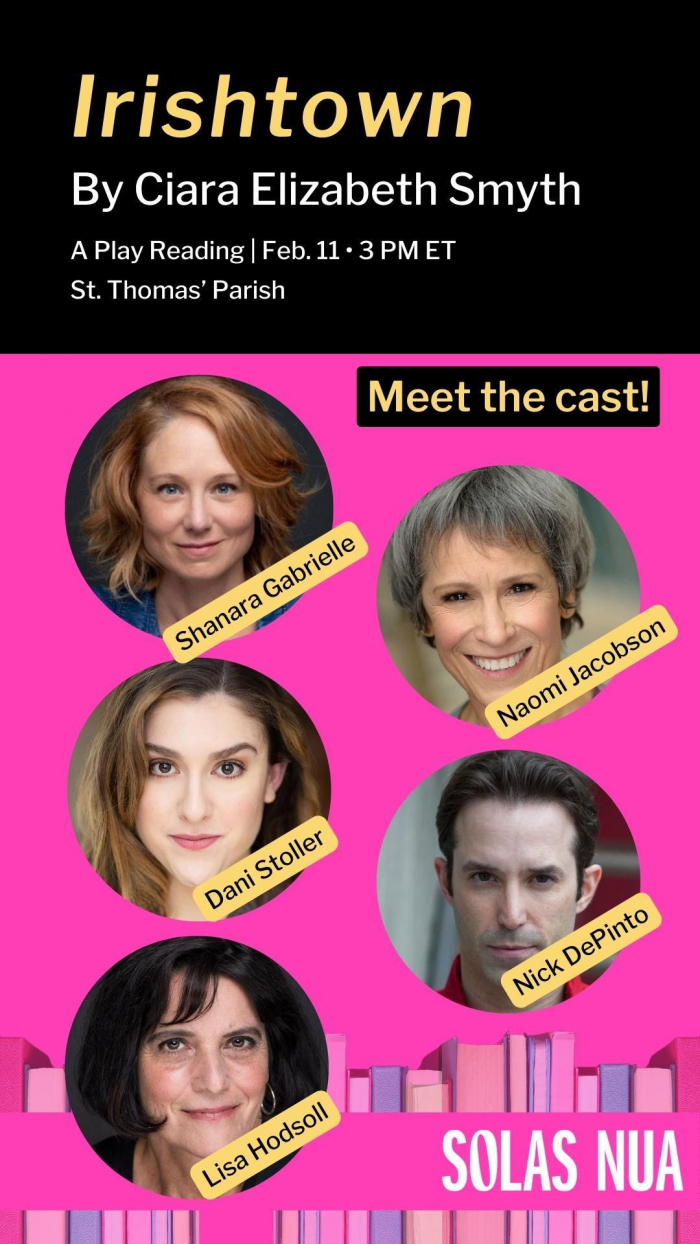 The Humours of Bandon