We Are The Makers: Episode Four - Denise Chaila and Brian Cross (B+)

We Are The Makers
and The Dreamers of Dreams

We Are The Makers is a new long-form audio documentary series focusing on the work of contemporary Irish artists and their practices. Built around extensive interviews with some of Ireland’s most eminent artists, these quarterly transmissions are part portrait, part diary, travelogue and soundscape. With the makers as our guide, these are deep-dives into back catalogues and entire bodies of work.

Dispatches from the eye of the hurricane and heart of the matter.

Episode Four features a new collaboration from two Limerick artists, rapper and poet Denise Chaila and filmmaker Brian Cross (B+). Their piece, Energy: A Visual Mixtape is a short film like no other, at just 15 minutes long, it contains a multitude. The film eulogizes local Limerick spaces including Ardnacrusha Power Station, Mount Trenchard House and People’s Park, montaging archival and contemporary footage to form visual couplets that marry diasporic histories, racial discrimination and political ideologies, magic and music. The beauty of the music and mesmerizing effect of the montage doesn’t mask the magnitude of these topical investigations but rather helps to find new ways to highlight and accentuate them. 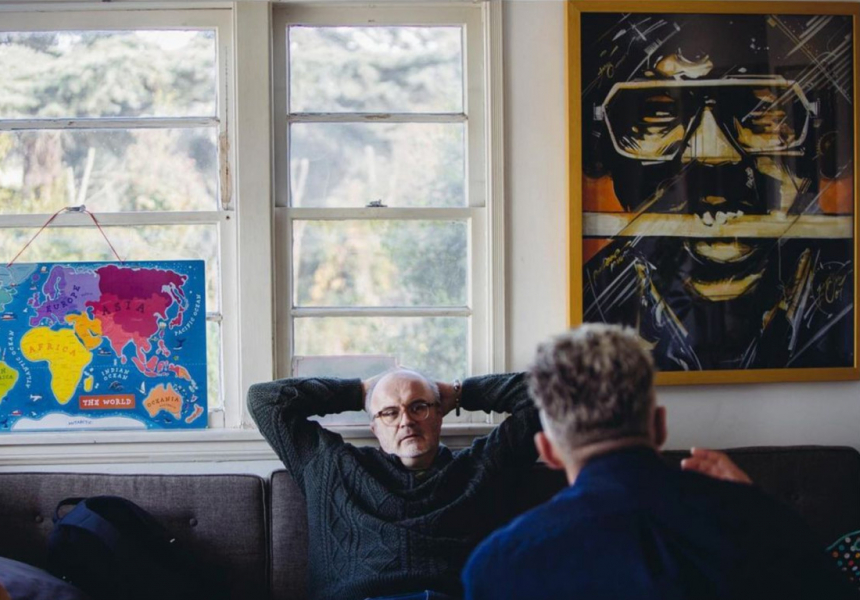 For episode four of We Are the Makers, Dónal Dineen travels to Limerick and spends two days with the artists as they prepare to show the film to a hometown audience at the Belltable theatre for the first time, before installing it for exhibition at Ormston House gallery. Denise and B+ share their thoughts on the experience of making work together and explain exactly how that came about. We discover how their respective practices resulted in connecting Irish and African histories and get an insight into some of the critical information they discovered during their combined research. We also get a valuable insight into the collaborative process which in this case spans disciplines and generations.

We Are The Makers is written and presented by Irish broadcaster Dónal Dineen and produced by Ian Cudmore. Original music by Ultan O’Brien. Commissioned by Solas Nua in Washington, D.C., bringing contemporary Irish art to U.S. audiences.

Denise Chaila is a rapper and poet represented by Narolane Records. She was born in Chikankata, Zambia and raised in Ireland, where she calls Limerick her home. Her music blends spoken word and rap to give voice to a transatlantic odyssey exploring identity, belonging, and home. Her music marries art with a passion for justice and social change to build space for often forgotten stories and voices in dynamic and compelling ways. Coming to mainstream attention with her 2020 hit single, Chaila, Denise went on to take home Ireland’s highest music award, the RTÉ Choice Music Prize for Album of the Year, for her debut mixtape, Go Bravely.

B+ (aka Brian Cross) was born and raised in Limerick, Ireland. He attended the National College of Art and Design in Dublin graduating in 1989 with a degree in painting. In 1990 he left for Los Angeles to study photography at the California Institute of the Arts. While at Cal Arts he began work on a project entitled, It’s Not about a Salary: Rap, Race and Resistance in Los Angeles, which was subsequently published by Verso Books in 1993. Cross was the director of photography for the Academy Award–nominated documentary, Exit Through the Gift Shop, and he has directed and produced several feature-length documentaries (Keepintime, Brasilintime and Timeless: The Composer Arranger series) and more than fifty short form music films.  His latest book Ghostnotes: Music of the Unplayed was published by University of Texas Press in late 2017.

Listen to Episode 1 with Eamonn Doyle, Episode 2 with Liz Roche, and Episode 3 with Isabel Nolan here:

Image: still from Energy (2021) written and directed by Denise Chaila and B+, courtesy of the artists.