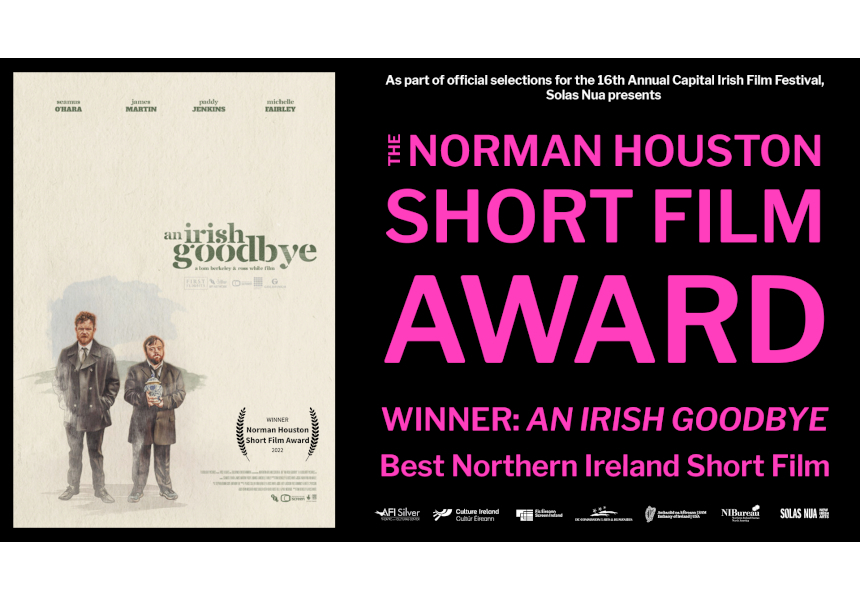 We are thrilled to announce the inaugural winner of the Norman Houston Short Film Award, a black comedy from Northern Ireland, An Irish Goodbye!

An Irish Goodbye is the second short film from co-writer/director duo Tom Berkeley and Ross White, following their award-winning debut short, Roy, in 2021. Hailing from Belfast and Bristol respectively, the pair, who have worked together since 2017, founded the Northern Ireland-based production company Floodlight Pictures in 2019.

The comedy follows the reunion of estranged brothers Turlough (Seamus O’Hara) and Lorcan (James Martin) following their mother’s untimely death. Turlough must now make new care arrangements for Lorcan, who has Down Syndrome, leading to alienation. Set against the background of rural Northern Ireland, the title derives from a phrase that refers to leaving a party early without saying farewell.

This award, which includes prize money of $2,500, will be presented to Mr. Berkeley and Mr. White at AFI Silver Theatre and Cultural Center, MD, on Friday, March 4, at the showing of their film. Mr. Houston’s family will attend the presentation ceremony, joining us to celebrate the award winners and honoring Mr. Houston’s life, career, and distinguished contribution to the arts in Ireland.

Back to News
ABOUT SOLAS NUA
SUPPORT US